As a high school student trying to choose a college, Diane Cho (B.Arch. '73) toured campuses with her father. She fell in love with Cornell, but as someone interested in many subjects, she struggled to decide what she wanted to study. She liked to draw, did well in math, and had an interest in biology.

The social issues in the late 1960s influenced her decision. She grew up in Rockville, Maryland, a suburb of Washington, DC, where protests, riots, and clashes with authorities occurred, as they did in cities across the country. Cho's father tied the crises to architecture and planted a seed in her head. "He said to me, 'Someone needs to help rebuild the cities. Did you ever think about becoming an architect?'"

This very forward-thinking statement led Cho to attend Cornell, and later became a common thread throughout her career in Baltimore as she contributed to rebuilding the fabric of the city through her work. 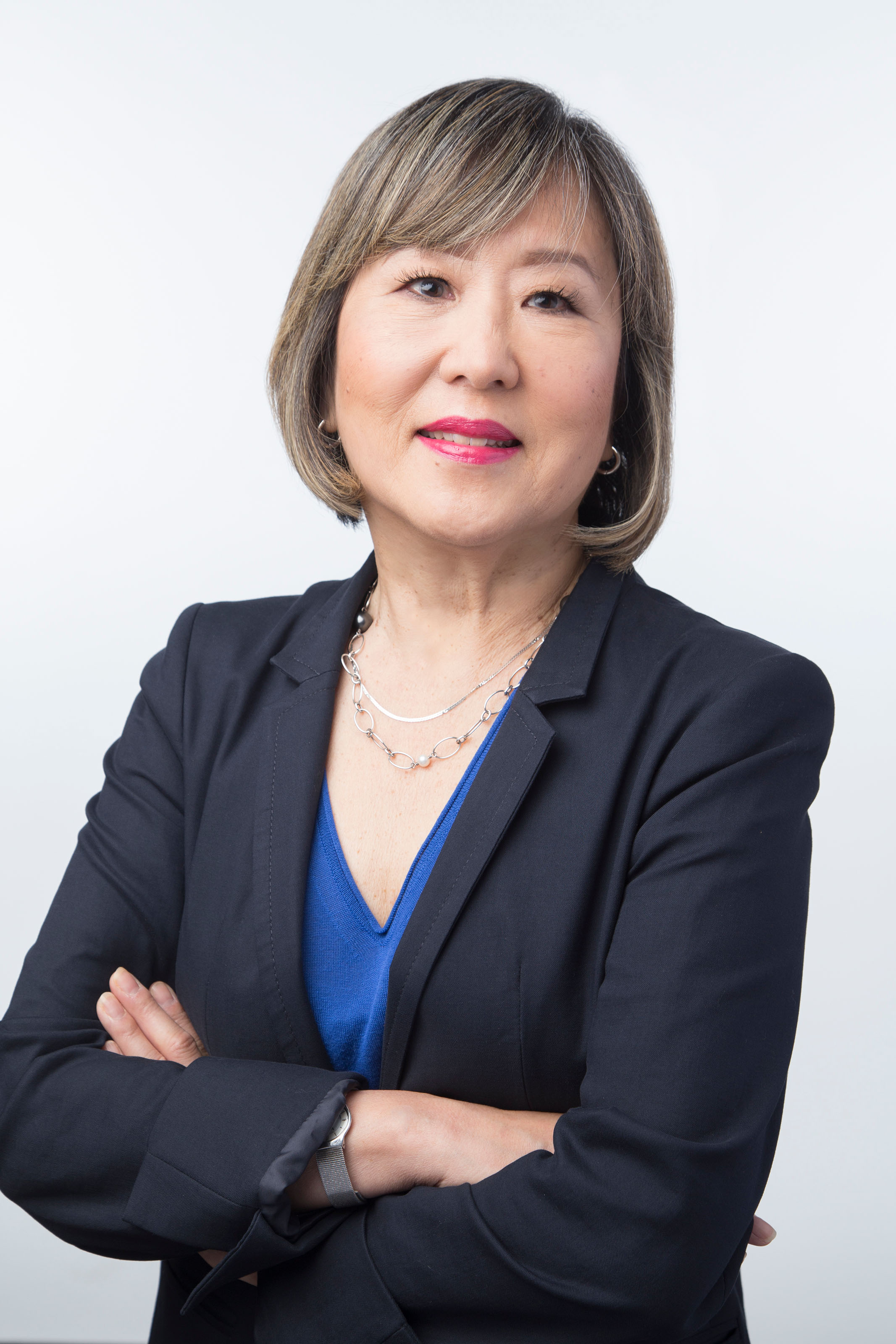 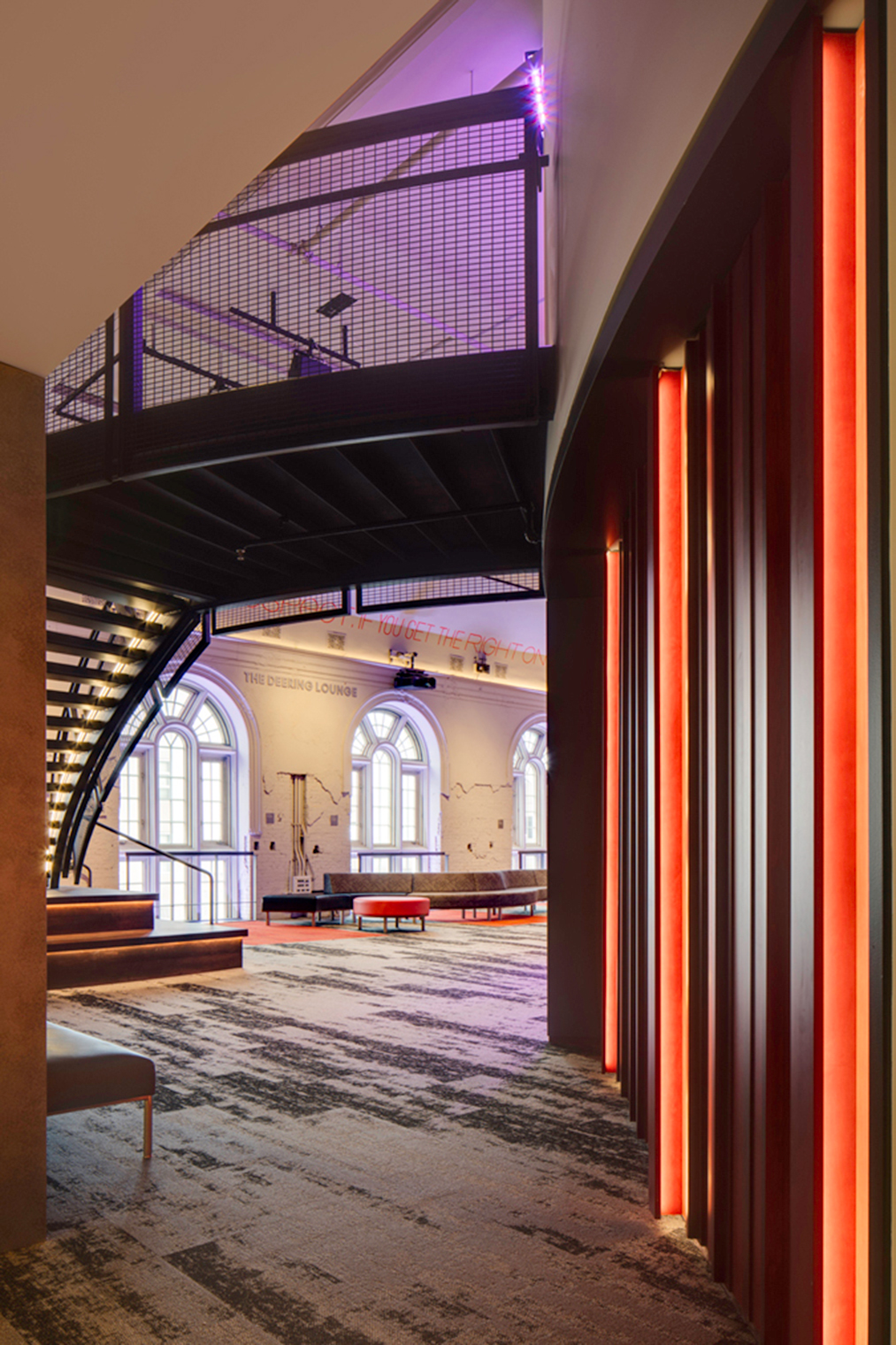 Cho still carries with her a lesson she learned only two weeks into her first year at Cornell. During a class session outside in the Arts Quad, instructors Michael Dennis and Klaus Herdeg asked the students what made the quad special. "We were guessing the tree, the building, whatever," Cho recalls. "And then they said, 'No, it's the space. It's the volume of space that is created by the buildings.' To me, that just was such an epiphany and revolutionary idea."

At the time, AAP's architecture curriculum included a strong urban planning component, and taught students to think about buildings in the context of the surrounding city. As a professor in the architecture department, architectural historian Colin Rowe further strengthened this idea. Cho was also influenced by Edmund Bacon's Design of Cities (1967), which argued that cities are planned around certain ideas, and architects should be able to fill in and enhance those notions through design.

As an architecture student, Cho spent much of her time with classmates in Sibley Hall's drafting room. Cho's class consisted of about 60 students — only four of whom were women — allowing the students to become a close-knit group and develop a camaraderie that has lasted beyond their years at AAP.

After graduation, Cho and classmate Barbara Wilks cofounded the architectural firm Cho Wilks & Associates in Baltimore. "The spring before we graduated, we read this article about Baltimore giving away row houses for a dollar," Cho says. "We just drove around, as neither of us knew much about the city."

Baltimore's then-mayor William Donald Schaefer sought to transform the city and came up with the plan to sell the row houses for $1 through a lottery. Buyers could then take out low-interest loans to fix them up. That program ultimately sparked Baltimore's renaissance and transformed neighborhoods near the harbor. "We never won the lottery, but we ended up moving to Baltimore because of that program," Cho says.

In addition to the challenges of starting a firm, Cho faced challenges as a female architect. At the time, architecture was a male-dominated field. Cho didn't have any woman professors during her five years at Cornell, and she didn't encounter other women architects as she and Wilks started their firm. People commonly assumed women in architecture only worked on residential projects. "They always meant home design or houses or interiors," Cho says.

Indeed, the firm's first projects were house renovations. But over time, their clients diversified as they met other women in leadership roles. The firm completed projects with Goucher College, a women's college at the time, and the Bryn Mawr School, a K–12 private school for girls, both of which were headed by women.

"Those were the kinds of people who were willing to take chances on us," Cho says. "I've had a lot of great women clients ever since. Because as they reach the pinnacle of their arenas, the struggles are the same."

Cho Wilks & Associates' business grew during its first four years, prompting the partners to hire David Benn, one of their Cornell classmates, whom Cho later married. Throughout its four decades, the firm won bids for projects with educational institutions, art museums, performing arts centers, and historical sites in Baltimore.

Two decades ago, the Baltimore School for the Arts hired the firm for a $30 million renovation project that included a preservation component. This project led to work from clients in the arts, including renovations for Baltimore's Everyman Theatre and Center Stage. Renovations for Baltimore's American Visionary Art Museum allowed Cho to combine her interests in art, preservation, and adaptive reuse.

By 2017, the partners — Cho, Benn, and George Holback, who replaced Wilks in 1999 — were talking about how they would retire or transition out of the firm. They decided to sell it to Quinn Evans, a firm that was seeking to open an office in Baltimore. Both firms had established themselves in historic preservation and adaptive reuse cultural projects. With the acquisition, Quinn Evans gained a team with a strong foothold in the Baltimore market and experience in affordable housing. 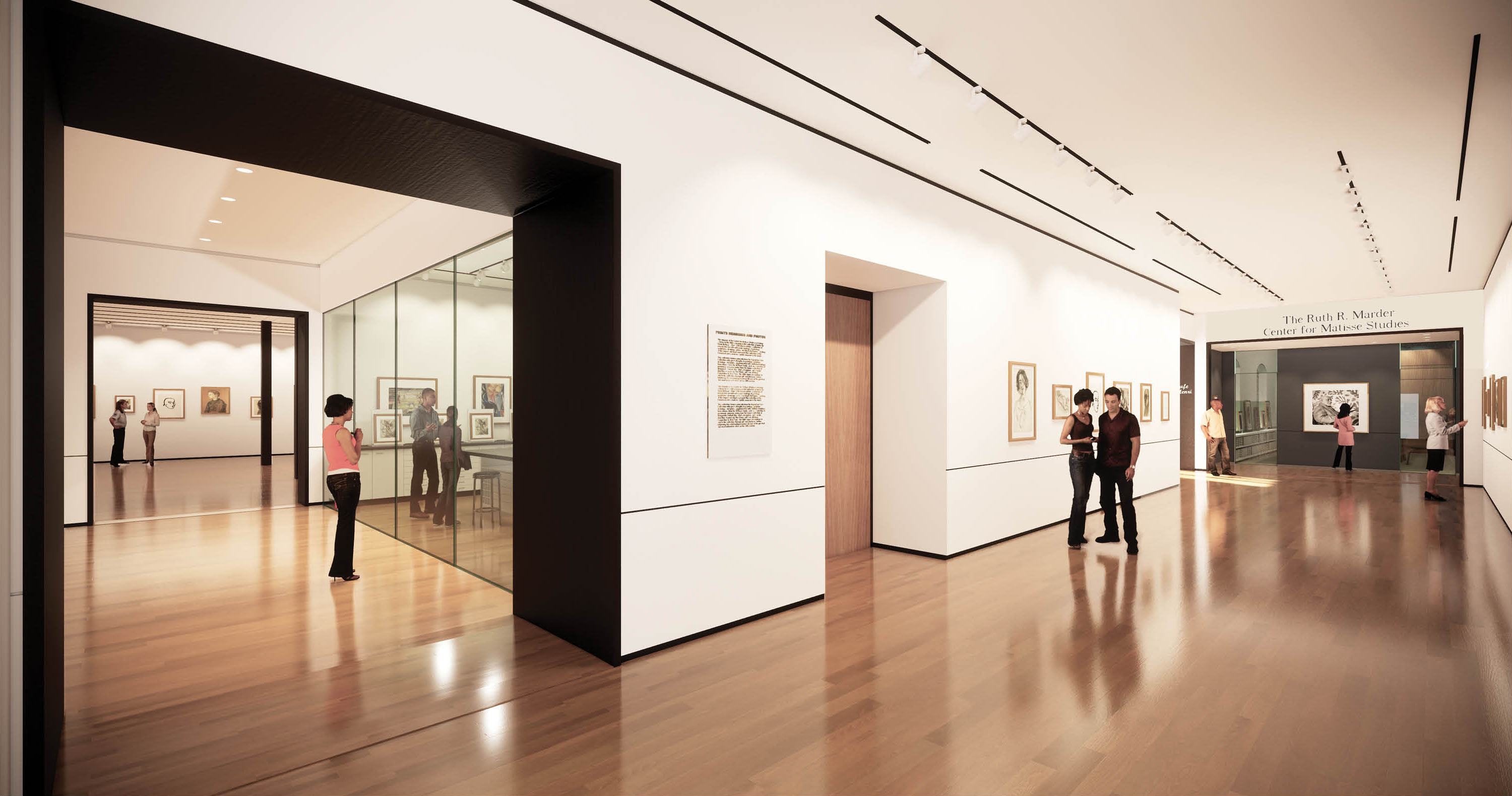 Now, as a principal with Quinn Evans, Cho spends more of her time on projects that interest her. Her favorite projects have involved repurposing old buildings for the arts — changing not only the buildings but also the surrounding neighborhoods and city.

Most recently, Cho completed a major renovation in the Baltimore Museum of Art, which John Russell Pope designed in the 1920s. She designed the museum's new Nancy Dorman and Stanley Mazaroff Center for the Study of Prints, Drawings, and Photographs, and its new Ruth R. Marder Center for Matisse Studies. Both are slated to open in late 2021 with exhibitions exploring Rembrandt's influence on Western printmaking and Matisse's use of line in bronze sculpture and works on paper.

Throughout her career, Cho has strived to repair the urban fabric of Baltimore by designing spaces that can transform neighborhoods. She approached her goal through historic preservation and adaptive reuse in arts projects. "I believe that arts are a key component of life and vibrant cities," Cho says. 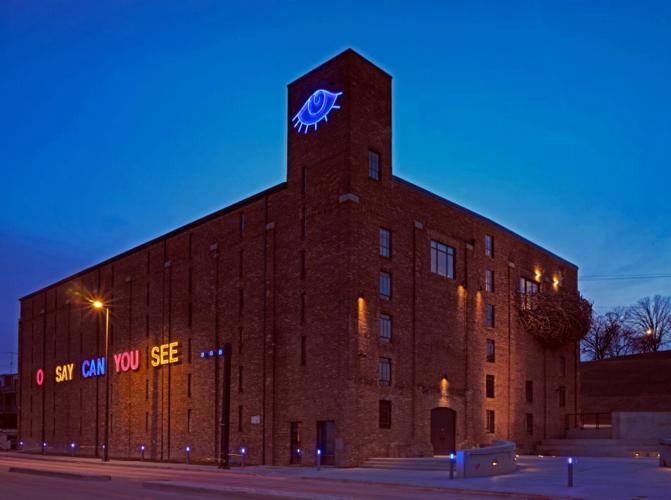 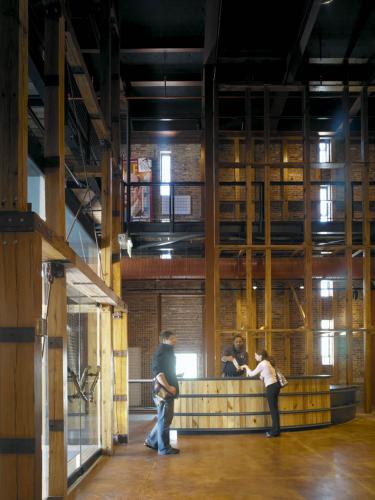 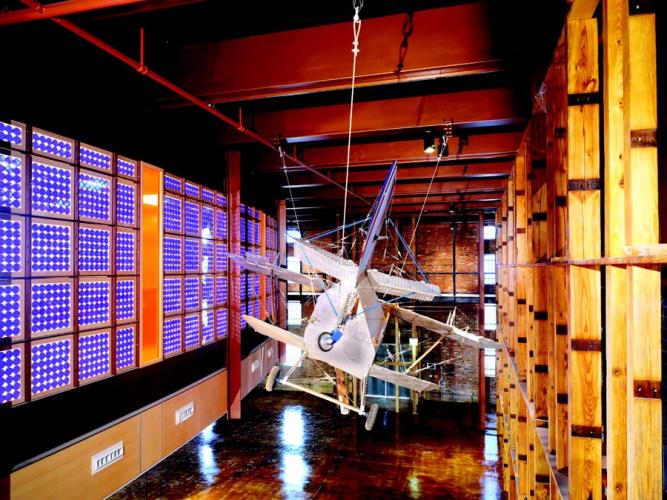 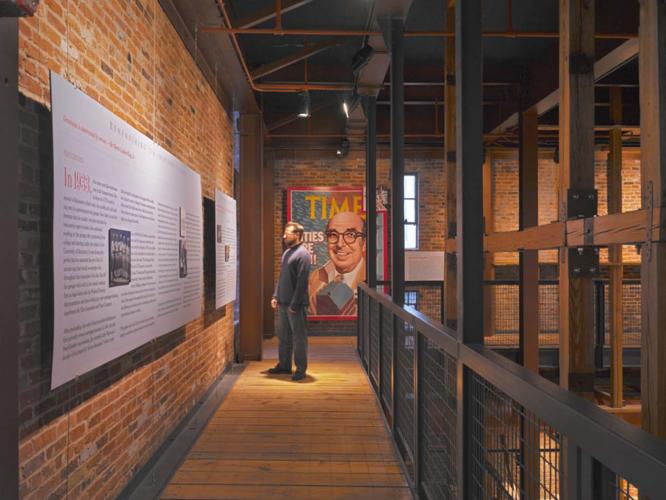 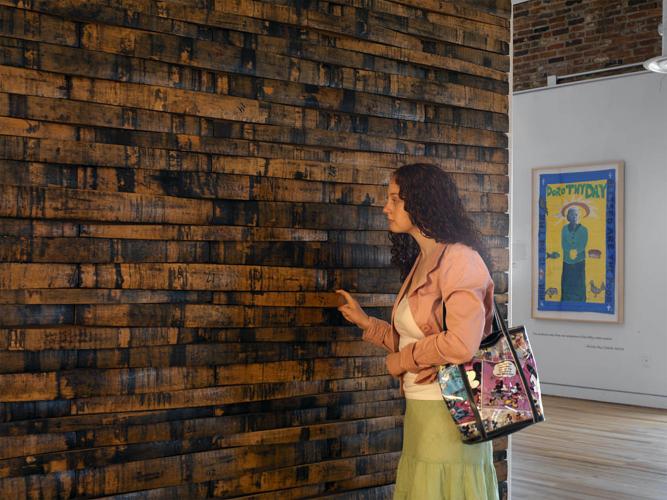 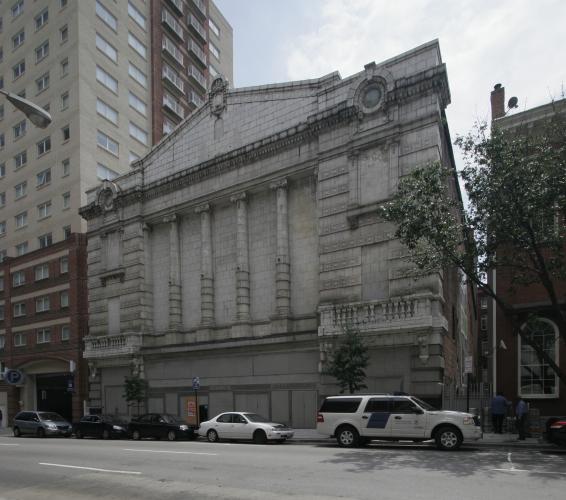 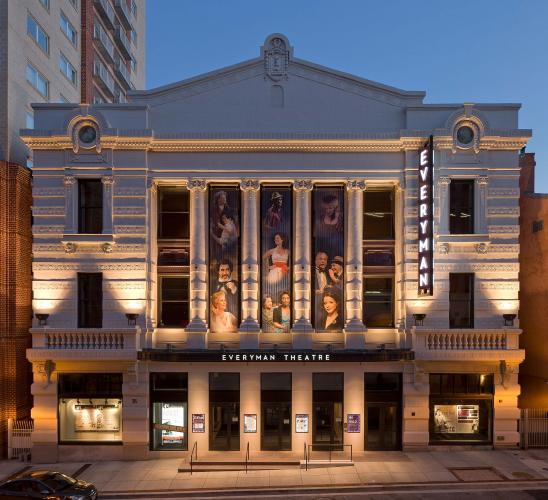 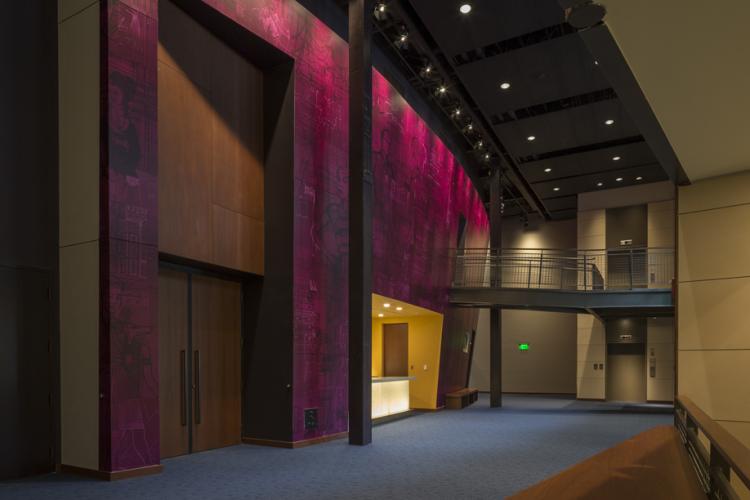 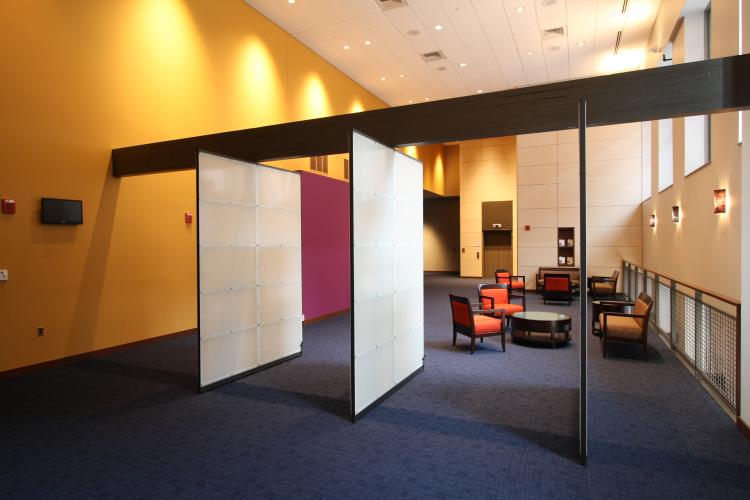 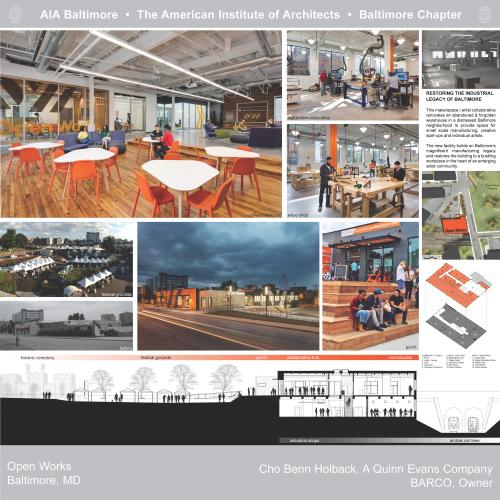 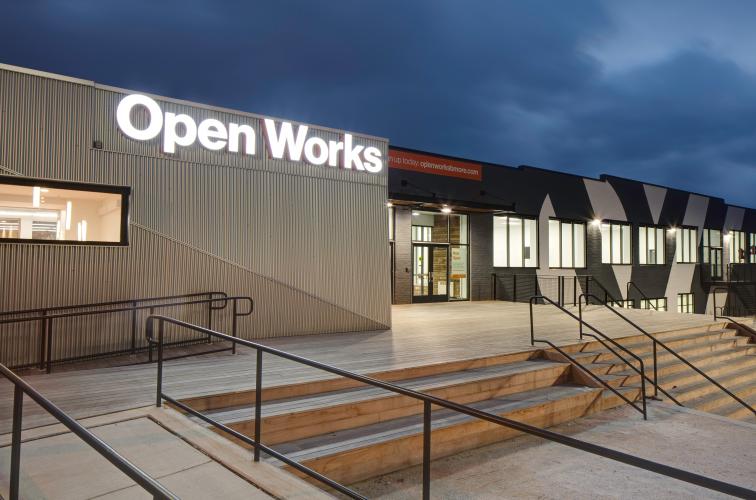 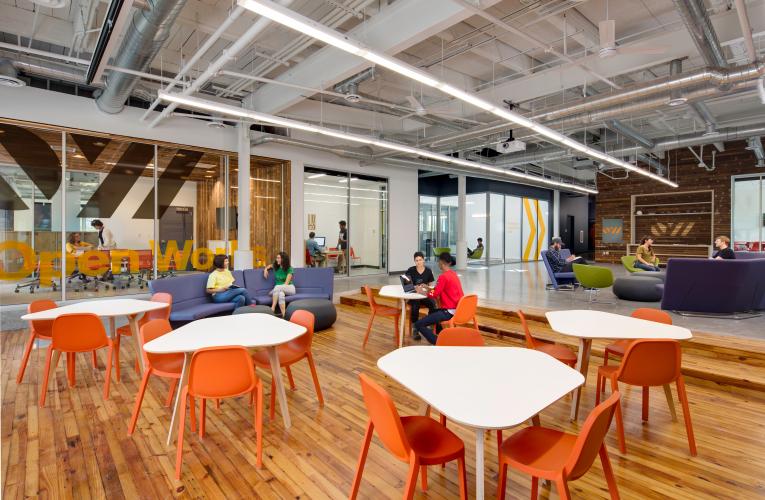 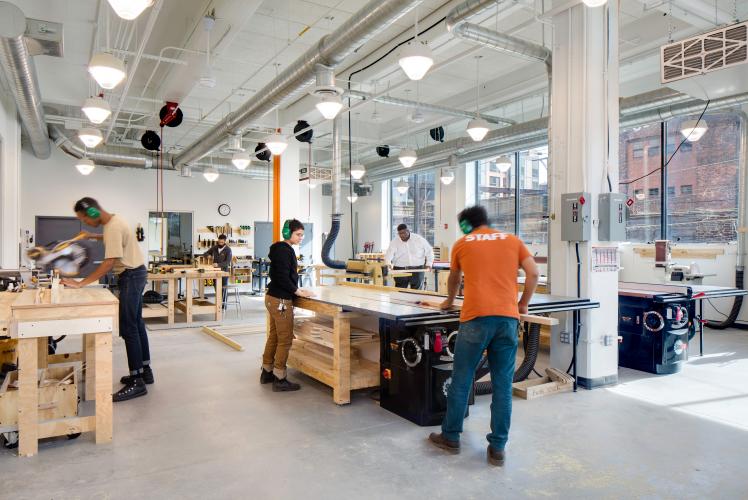 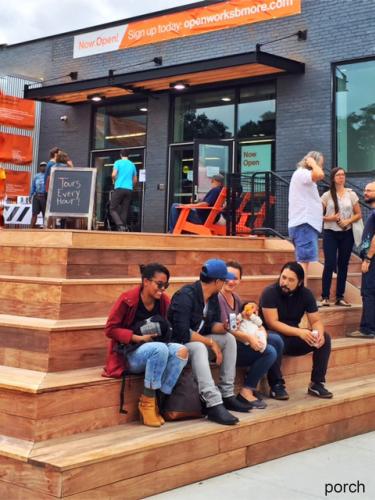 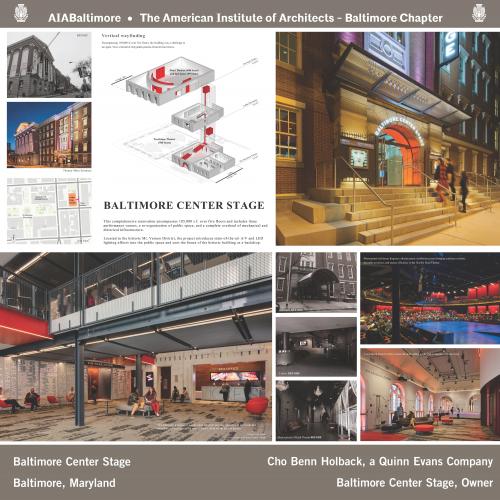 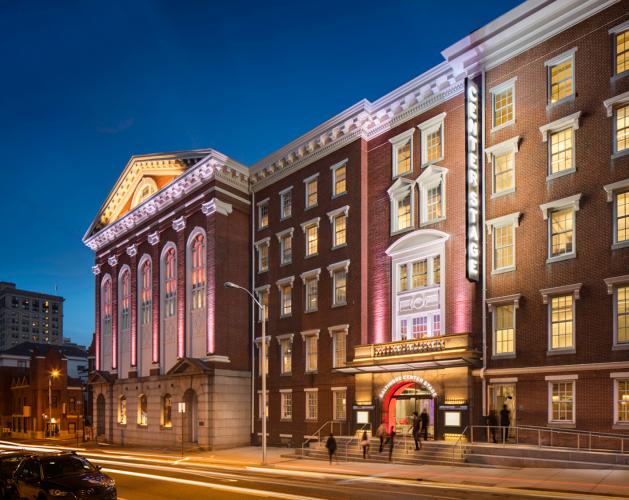 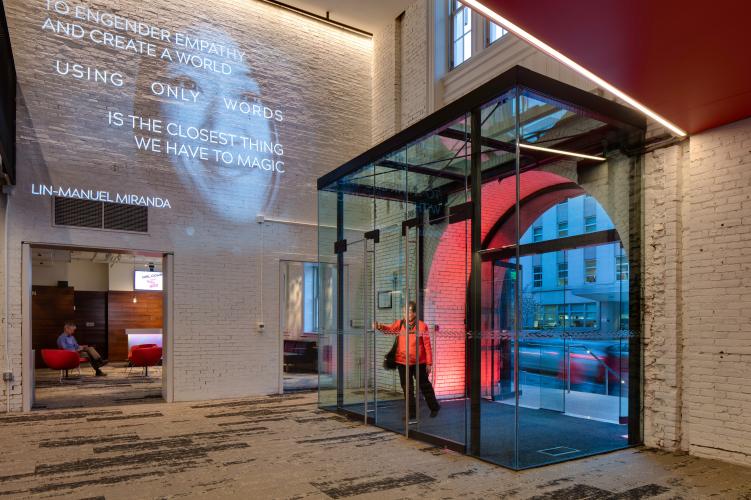 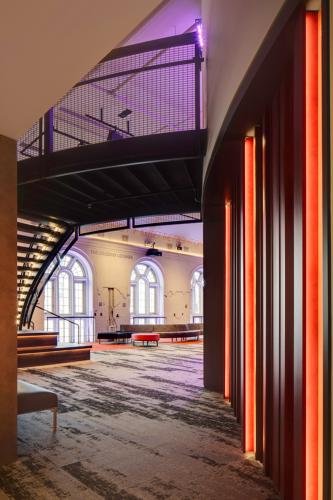 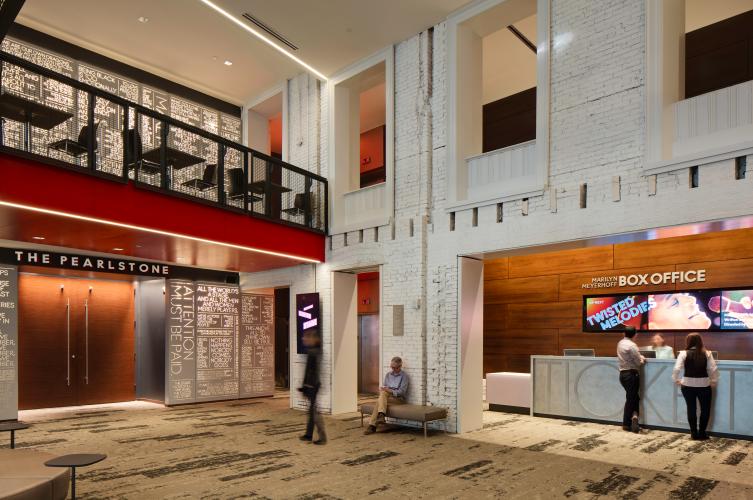 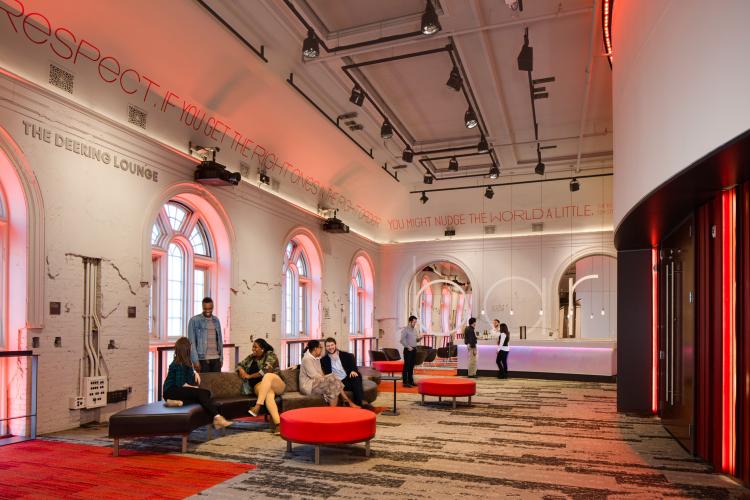 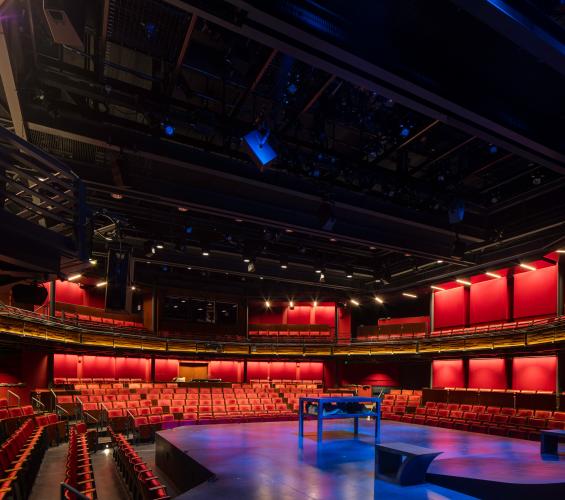 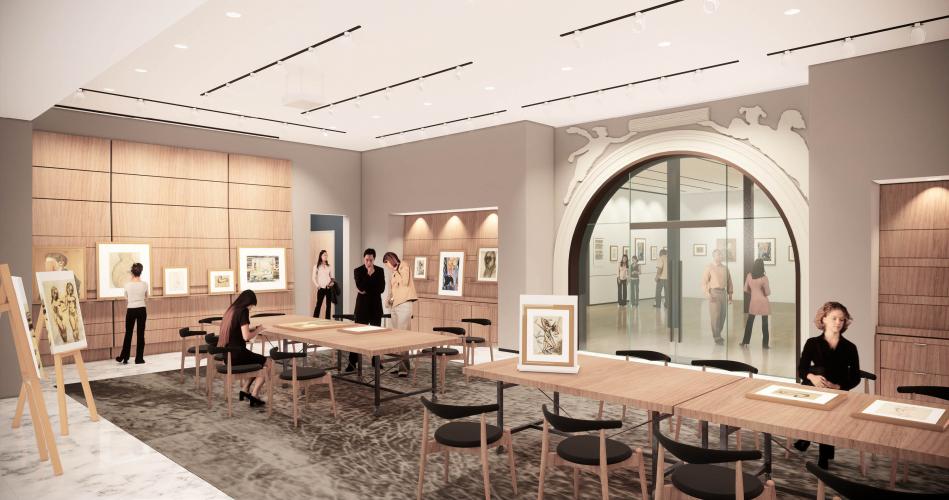 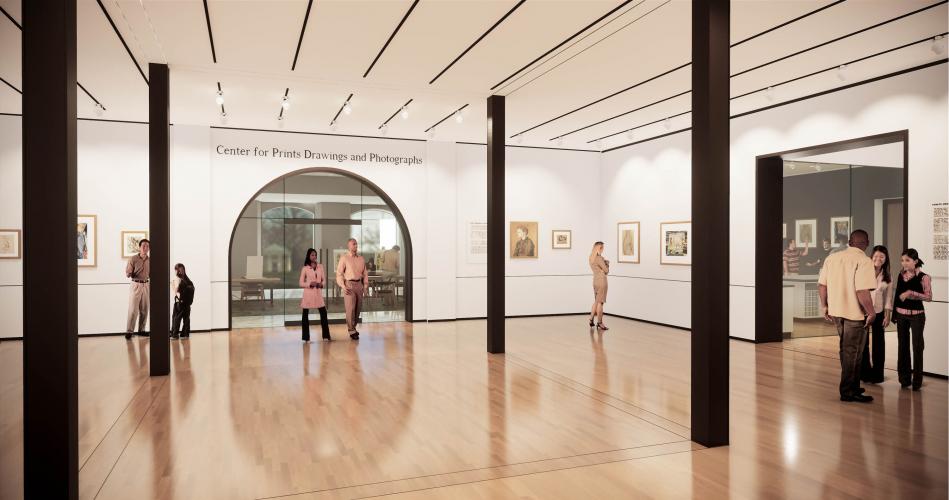 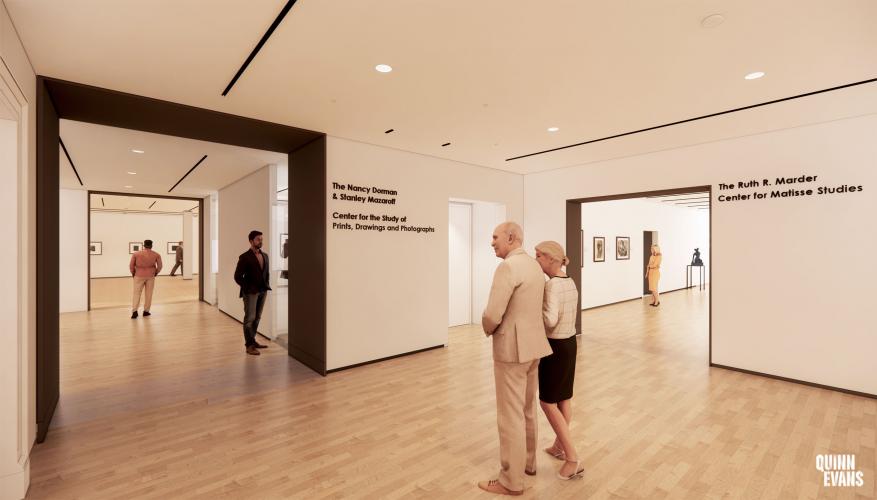 Center for Prints, Drawings, and Photographs and Center for Matisse Studies 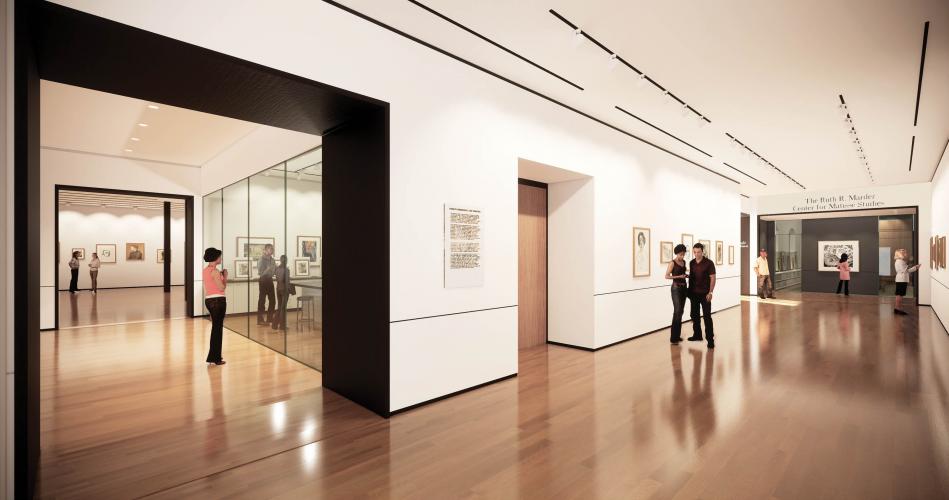 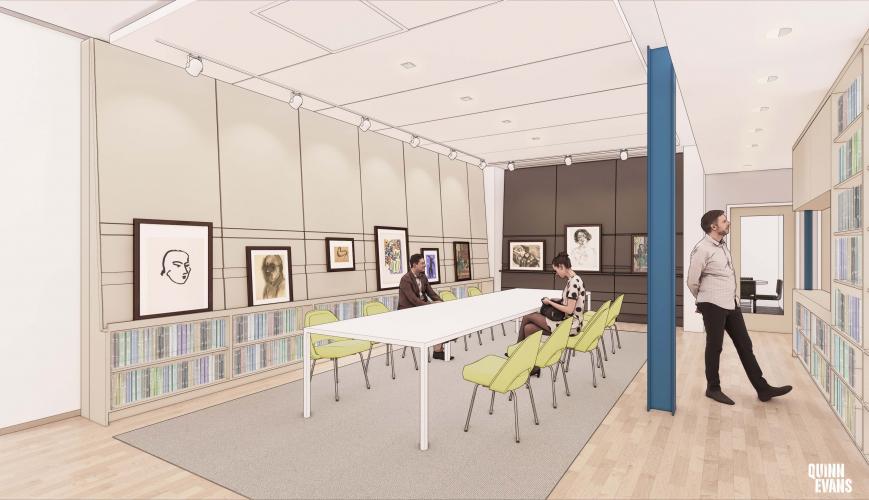