Binghamton, New York, native John Ahearn (B.F.A. '73) has spent decades creating life cast sculptures for his career-defining work of representing the neighbors and everyday people in the places where he has lived. As part of an early series, Ahearn cast 35 people outside Fashion Moda, an art space in the Bronx community, in 1979. He produced two copies of each sculpture — one of which he gave to the model and the other he kept.

"My experience of living in Ithaca as a student at Cornell was crucial to my art and self-identity," Ahearn says.

Finding inspiration in the people he encounters and current events, it's no surprise that he initially entered Cornell as a history major. But after taking a life drawing class, Ahearn started keeping a sketchbook that ultimately took over his interest, and he began painting landscapes. He traversed the streets of Ithaca year-round and could even be found under a bridge painting a local scene in the dead of winter. He was fascinated and inspired by the world around him. The Department of Art faculty offered him the right amount of encouragement to keep exploring. 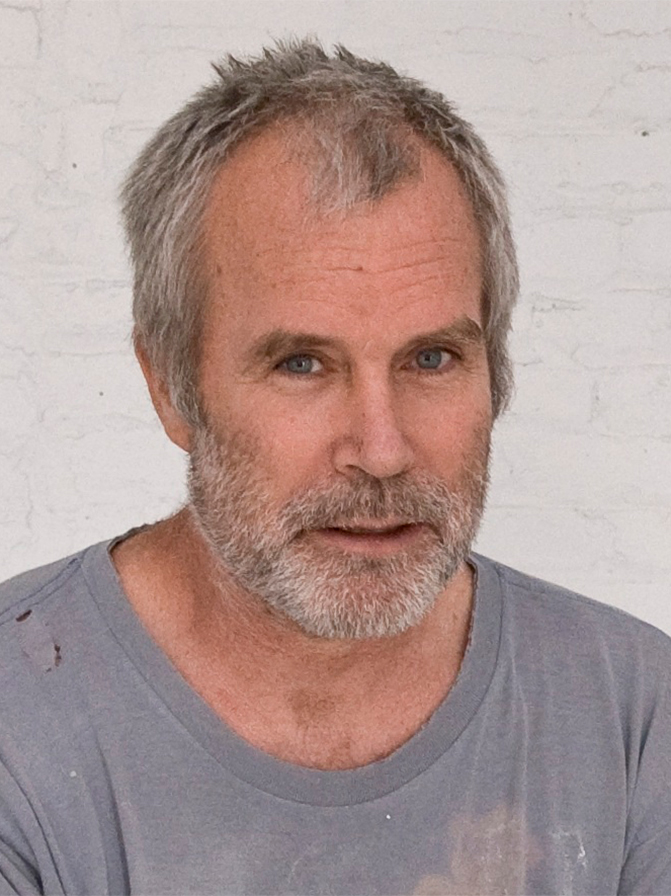 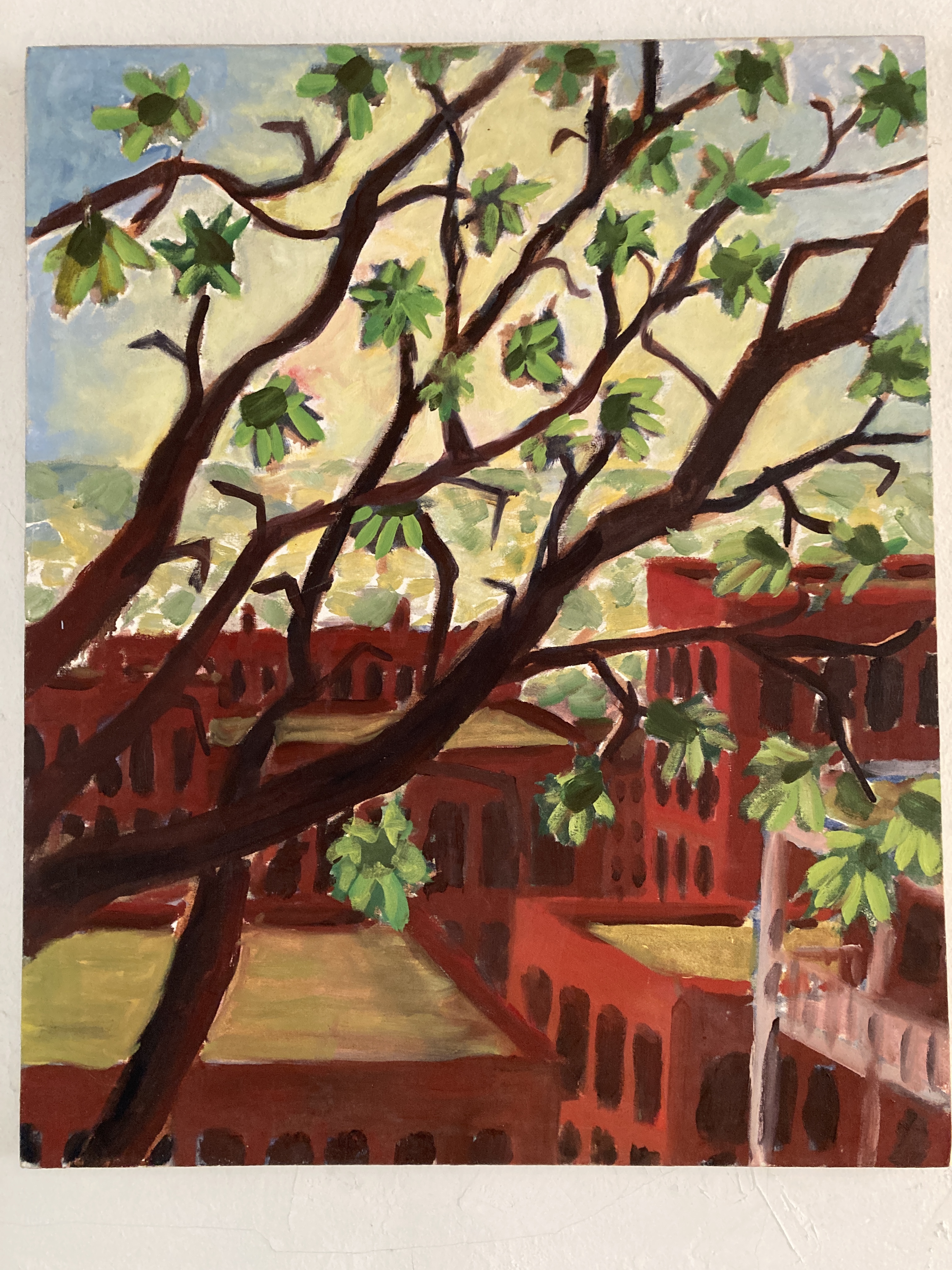 Ahearn says his art is informed by two formative events at Cornell in 1969: the takeover of Willard Straight Hall by protesting African American students; and the Earth Art exhibition, a show of experimental art held at Cornell's White Museum of Art (now the Herbert F. Johnson Museum of Art). The Willard Straight Hall takeover was an event led and organized by the student-run Afro-American Society to challenge perceived racism at Cornell and the university's slow progress in instituting a Black studies department. The armed takeover occurred April 18–19, 1969, and helped to expedite the establishment of the Africana Studies Program at Cornell as well as stoke dialogue that would lead to institutional and ideological change.

Ahearn recognizes the clear "irony" that these important events influenced his development despite occurring the semester before he arrived on campus, but he says that they provided an atmosphere and energy that stayed with him during his years in Ithaca. "At the time, there were all these radical things going in the town," Ahearn says. "It made me feel inspired."

Ahearn moved to New York City the year after graduating from Cornell. Along with his twin brother Charlie, he became involved in the arts community at large and joined the group Collaborative Projects Inc. Within a few years, he began creating the life cast figure sculptures that he has become well known for both in the U.S. and internationally. It was also in New York City that Ahearn met his longtime collaborator Rigoberto Torres, whom he would continue to work with for the next several decades.

Ahearn uses his art to acknowledge the people in the communities where he has lived and worked, depicting real, unidealized moments from their everyday lives. Three of these works — Raymond and Toby, a Black man with his pit bull; Corey, a Black man with a boom box and basketball; and Daleesha, a Black youth in roller skates — were installed in a traffic triangle outside the 44th Police Precinct in the South Bronx on September 25, 1991. Community members, police officers, and politicians responded immediately with complaints concerning the use of stereotypes and politically incorrect representation. Because of the blowback, Ahearn removed the pieces after only five days. The bronze sculptures currently reside at Socrates Sculpture Park in Queens. These controversial works, often called The South Bronx Bronzes, were the subject of "Whose Art Is It?," a well-known article by Jane Kramer in the December 21, 1992 issue of The New Yorker magazine.

My experience of living in Ithaca as a student at Cornell was crucial to my art and self-identity. 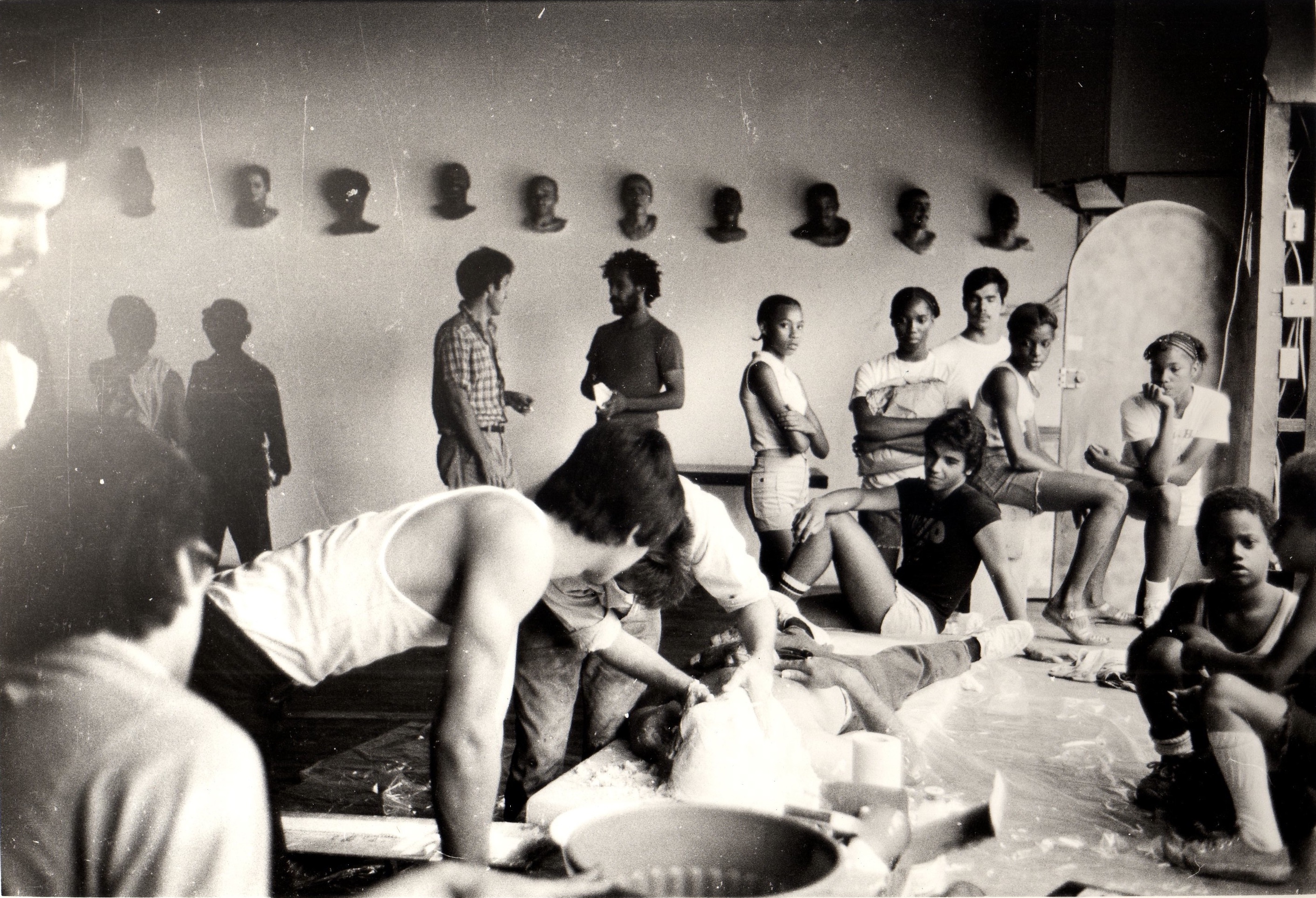 A few years later, Ahearn collaborated with community organizer and activist Ed Whitfield on a life cast project that he has described as a landmark work in his oeuvre. Whitfield, a key figure in the Willard Straight Hall takeover and chairman of the Afro-American Society at Cornell at the time, continued to inspire Ahearn through the years. Ahearn and Whitfield met by chance while Ahearn attended a residency in Greensboro in the mid '90s. "How would I know that he lived in Greensboro, North Carolina? I had no idea. It was a coincidence. I just happened to meet him by chance. And we talked and I went, 'Wow, you're that person?'" Ahearn's three-part piece, Ed Whitfield at the Caldcleugh Community Center (1996), includes a cast of Whitfield's head surrounded by a semicircle of hands, as well as a photograph with Lyndon B. Johnson and an article about the Willard Straight Hall takeover.

Alongside Torres, Ahearn has taken his life cast sculptures abroad, creating a public art project for the Pan Chiao Train Station in Taipei, Taiwan, in 2000, Sports Wall for Caguas in Puerto Rico in 2003, and two large-scale sculpture murals, each 20' x 40', during a residency at the Inhotim Art Center in Brazil from 2004 to 2006. 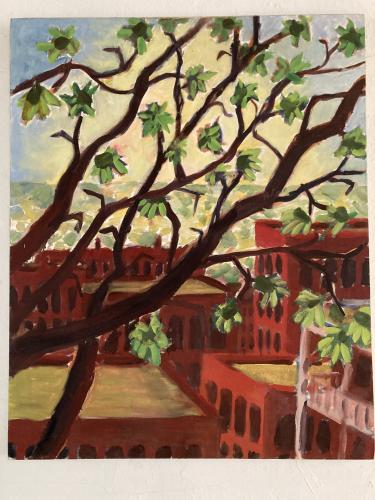 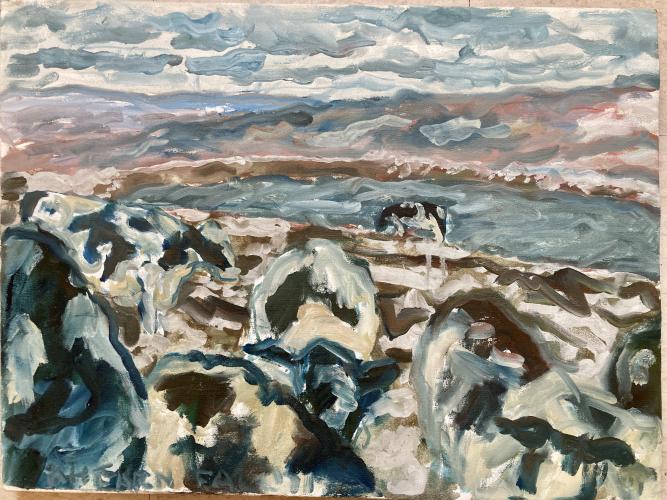 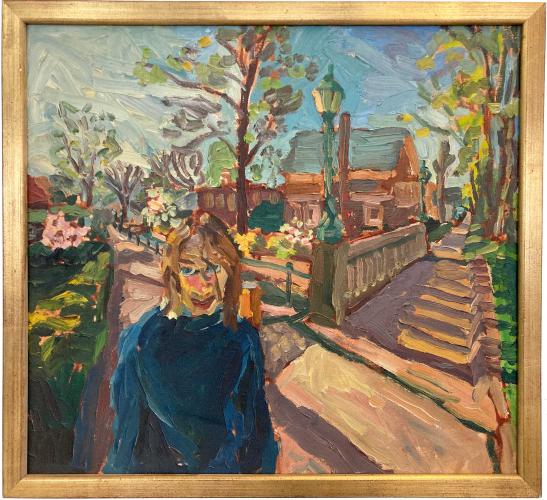 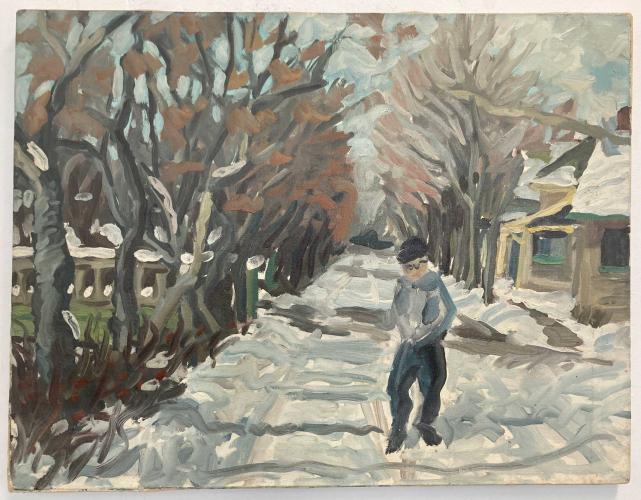 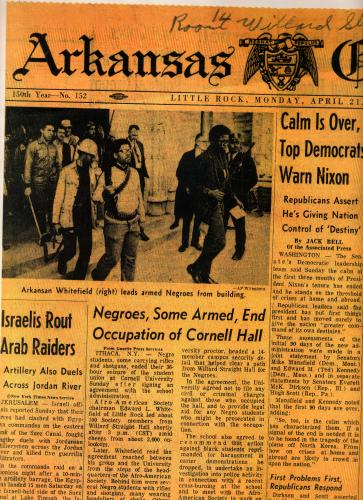 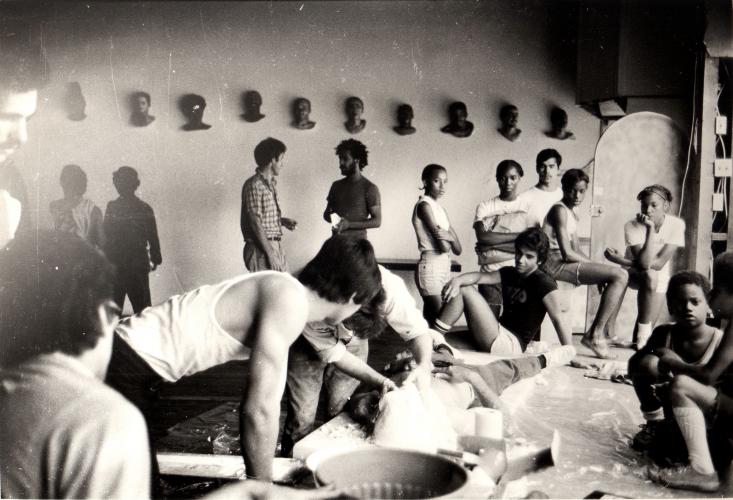 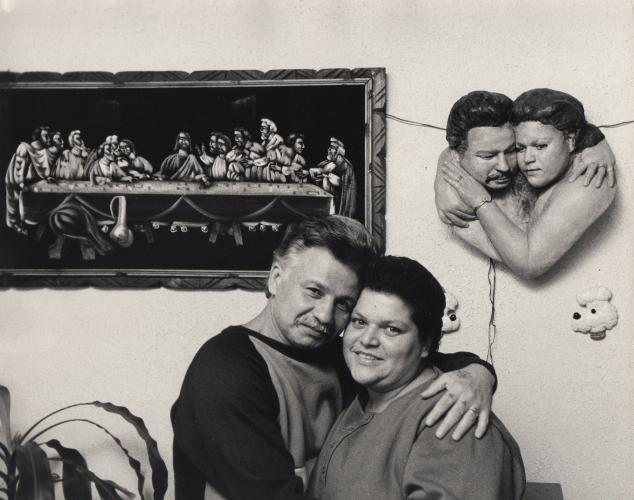 Luis and Virginia with their cast (1980) 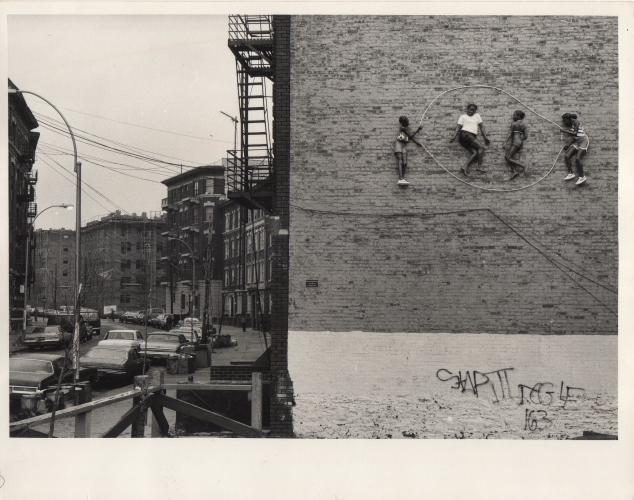 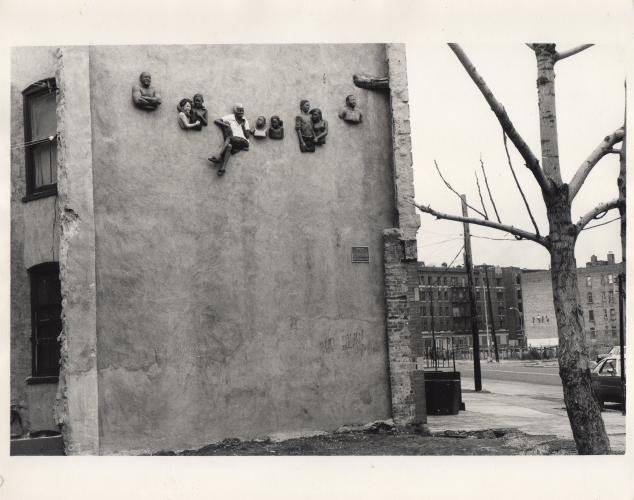 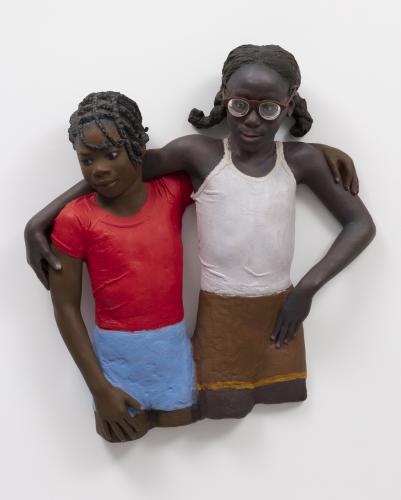 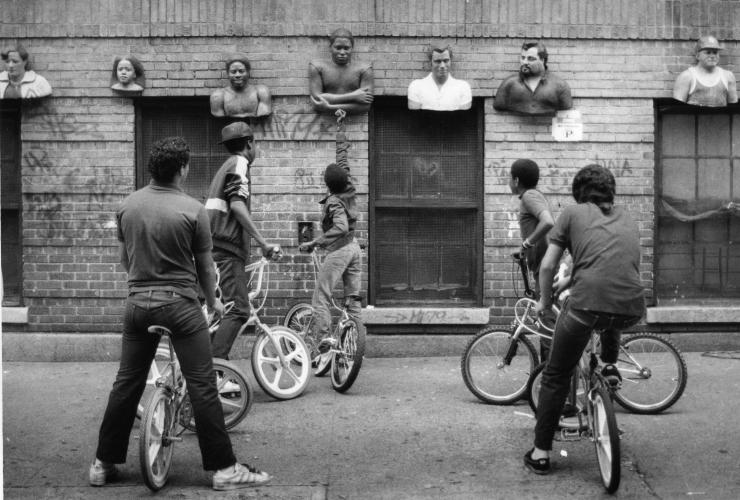 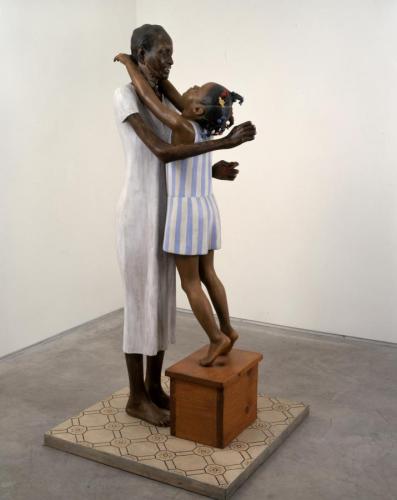 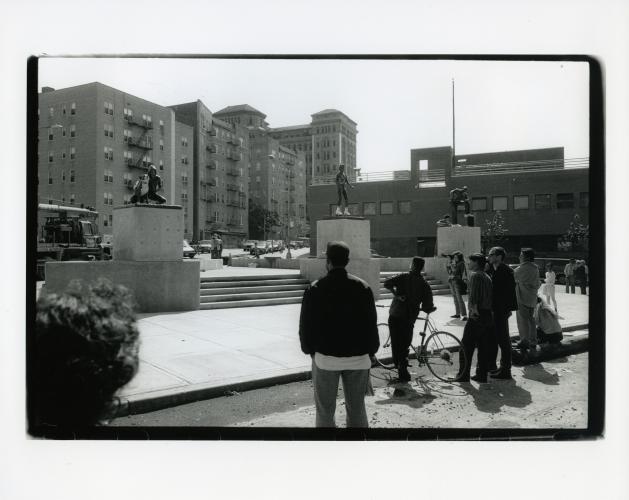 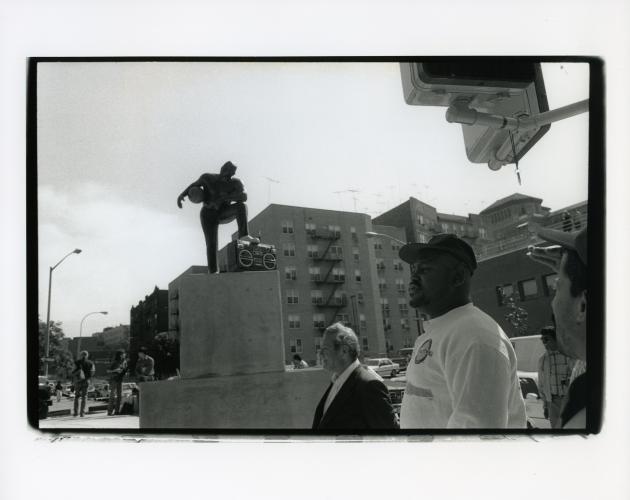 Corey with his bronze sculpture (1990) 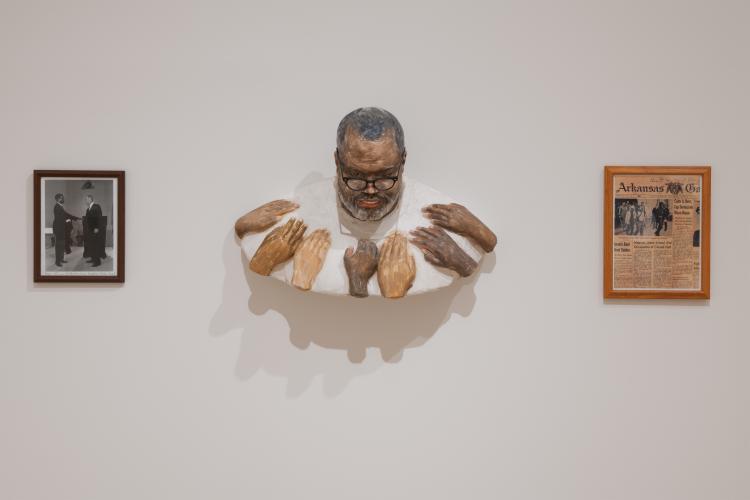 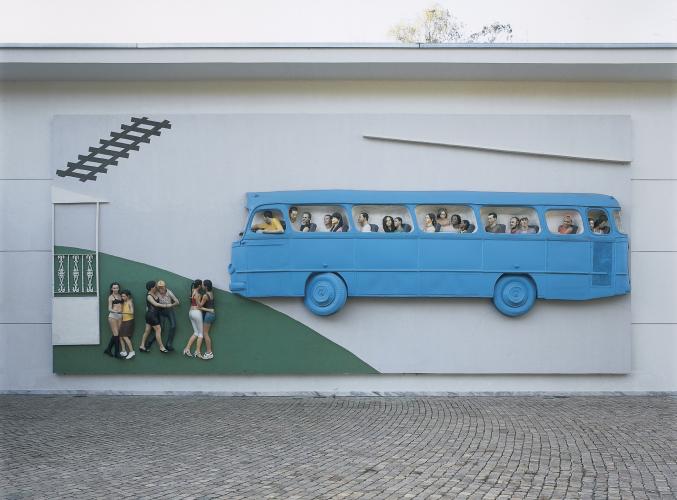 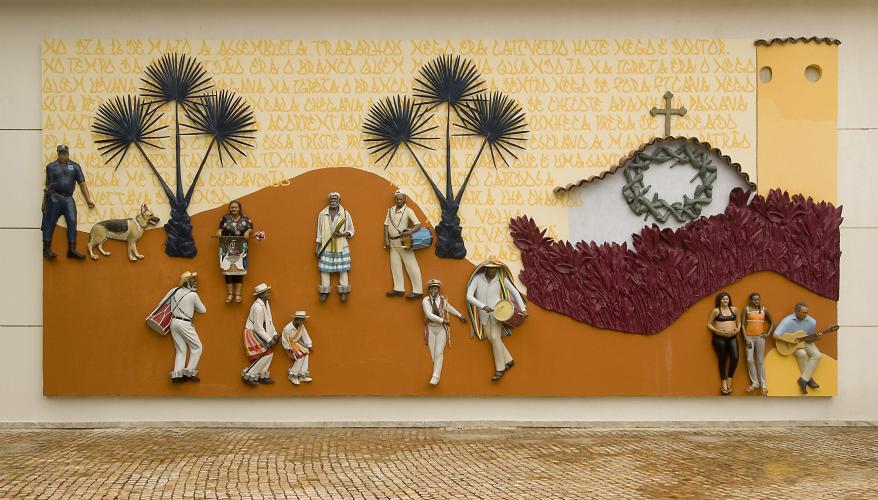 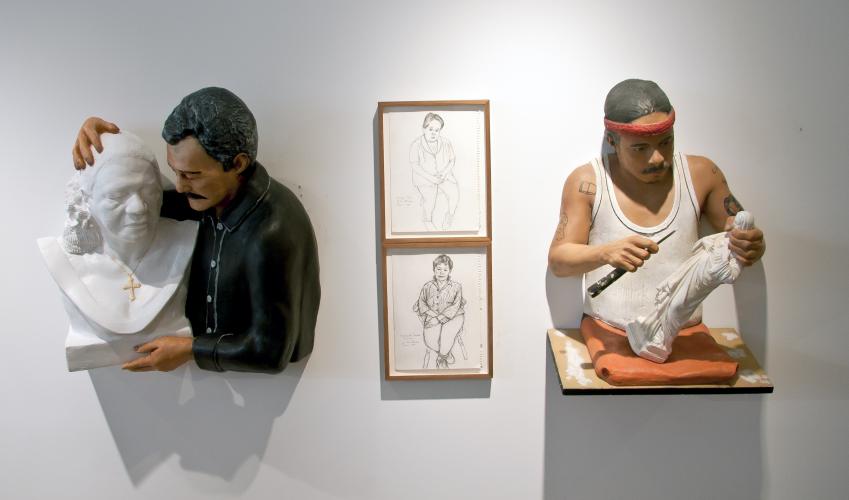 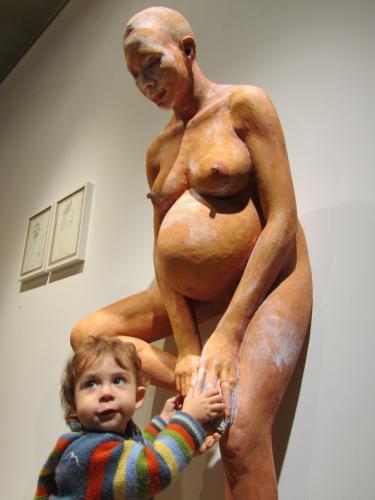 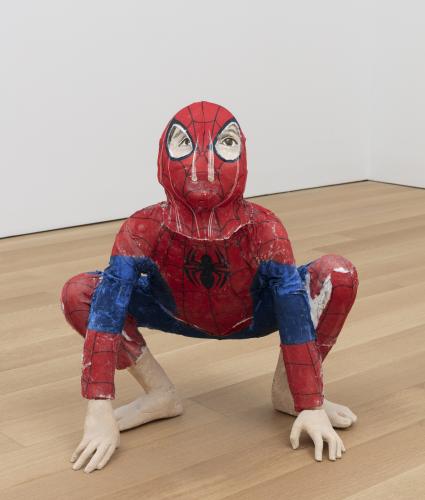