Portrait (2014), acrylic and charcoal on paper.

Tone to Color, and Beyond

Painter Leslie (Kirpich) Brill (B.F.A. '71) grew up in the suburbs of New York City. Beginning at the age of nine, she took the train into "the city" on Saturdays to attend drawing classes at The Art Students League. From that time forward, she continued to pursue art and applied to Cornell's art program.

Brill reflects on her time at Cornell as a period of immense cultural change and upheaval, and vividly remembers the takeover of Willard Straight Hall and the presence of the Vietnam War on campus. Within her first few months at Cornell, under the impactive direction of painting instructor Gillian Pederson-Krag, she changed from a tonal to a color artist. "During a still life painting session, Pederson-Krag sat down with each student individually," Brill says. "When it was my turn, Professor Pederson-Krag described the colors and tones she saw in the still life she had set up. There was color in the shadows, color was everywhere, and it was an amazing eye-opener. Instantly, I started to see color where I would've just expected to see value, and this marked a definite shift for me." 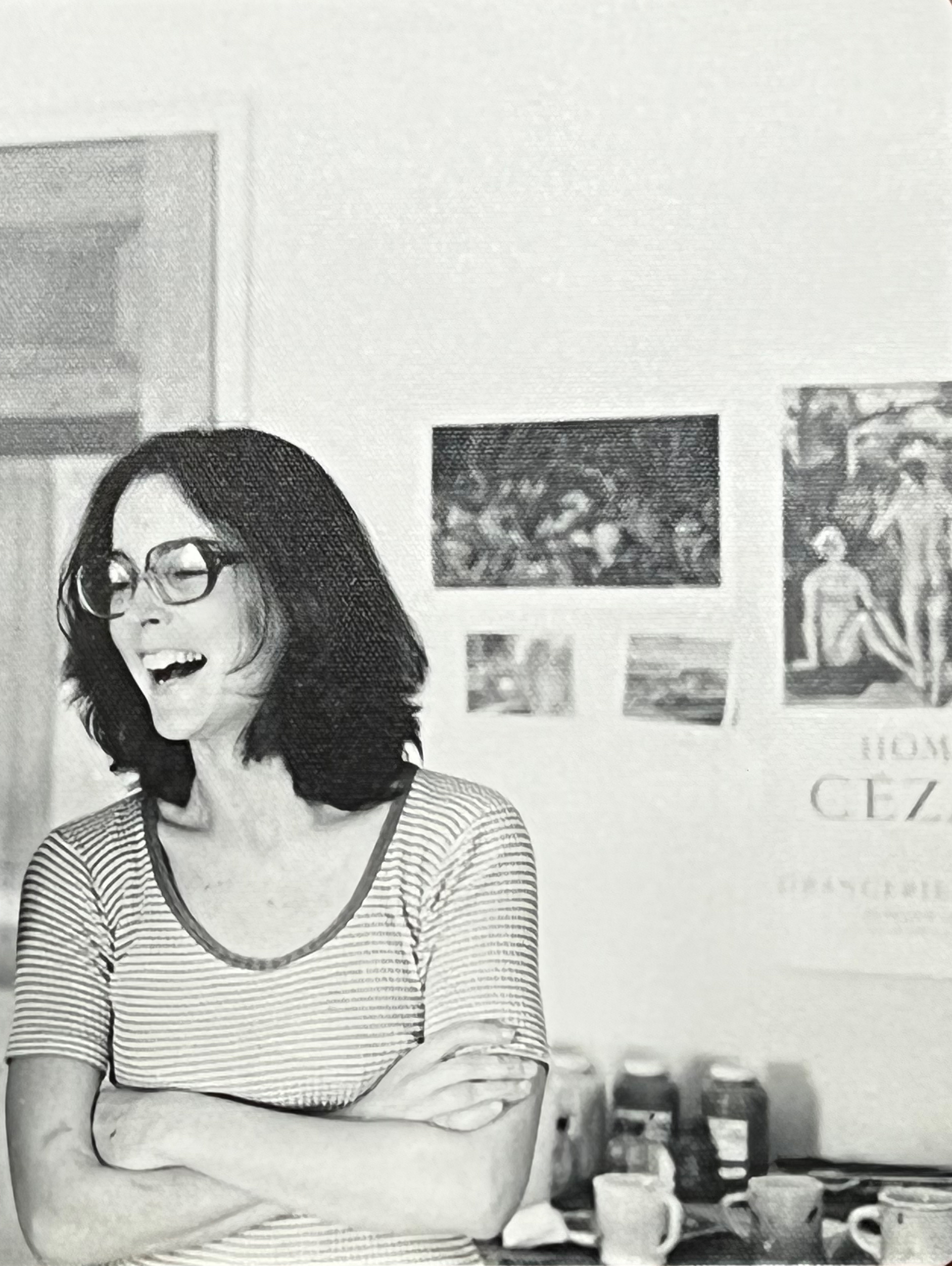 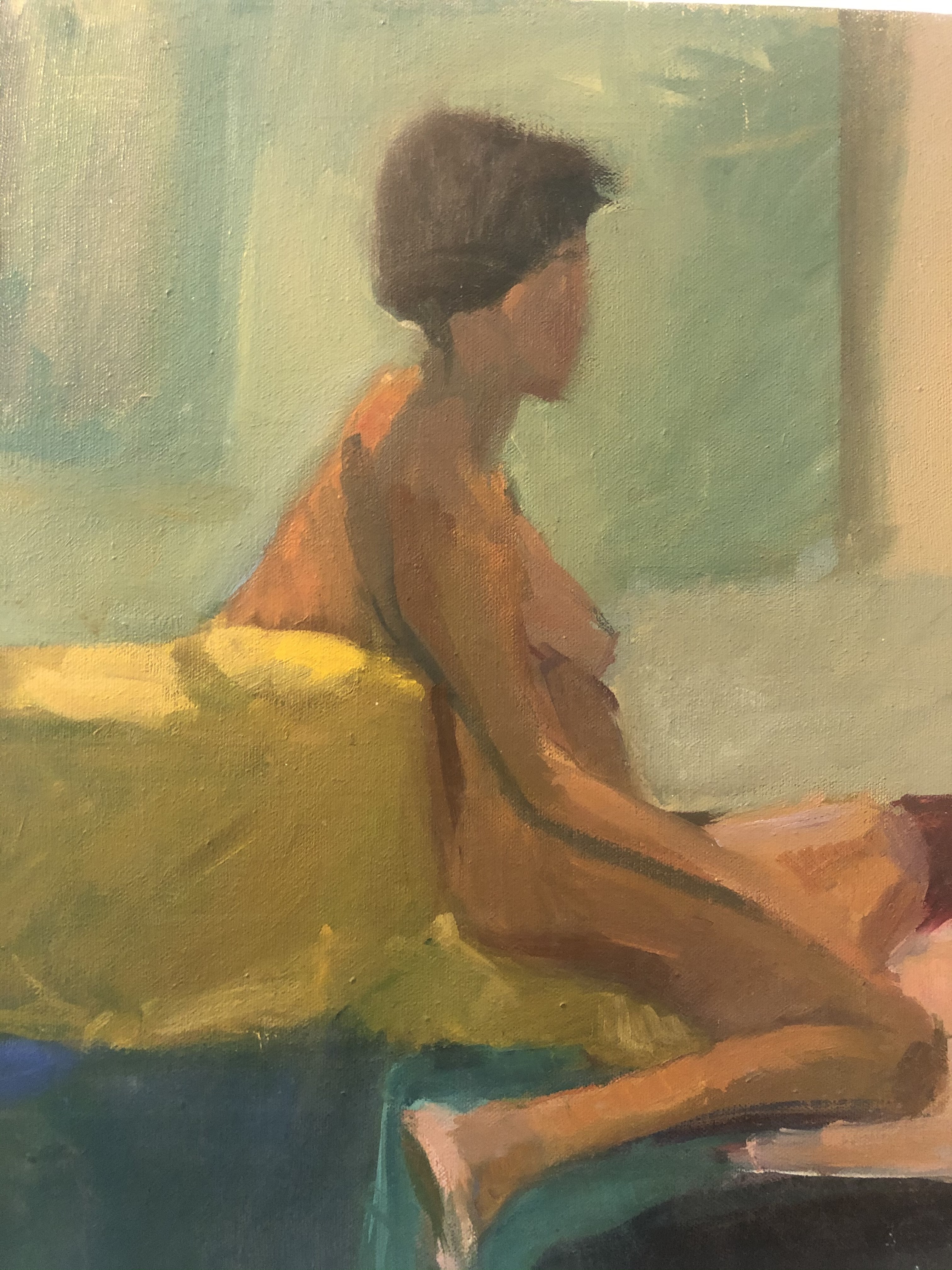 In her junior year, Brill spent a semester studying back in New York City with an art history professor. They visited artists' studios and galleries such as OK Harris. During this semester, she encountered Dan Flavin's fluorescent light sculptures. The minimalism of that time was a radically different experience, both visually and conceptually, for Brill. Having access to intimate group visits in galleries and studio spaces in near proximity helped to expand her notion of what artistic practice could be.

After graduating from Cornell, Brill moved briefly to New York City to study at the New York Studio School, and then spent some time in Boston. She later moved to Columbus, Ohio, where she earned her M.F.A. degree from The Ohio State University under the tutelage of Professor Emeritus Hoyt Sherman, widely known for influencing the work of artist Roy Lichtenstein. Sherman opened a door for Brill — teaching her to take feedback from the canvas itself, which transcends subject matter, genre, or style. Brill feels like this made her a better painter and a better spectator for appreciating painting in general, even work dissimilar to her own. "So many years later I continue to look at the visual world through what I learned from him," says Brill.

After graduate school, Brill taught at the Cleveland Museum of Art and Cuyahoga Community College in Cleveland, and then returned to live in New York City, spending time again at The Art Students League of New York and, more importantly, the Spring Studio. Brill explains, "My painting has become more abstract over the years, but it always starts from something. Being able to do life drawing or quick paintings in a group studio setting helps keep me primed for my personal studio practice." At this time in New York, she began her 23-year membership in the Blue Mountain Gallery where she had five solo shows in their gallery spaces in Soho and later Chelsea. She participated in numerous group shows with the gallery, as well as group and juried shows at the Washington and Jefferson National Painting Show, Galerie Mani in Berlin, Westbeth Gallery in New York City, and the Visual Arts Center of New Jersey, among many others. 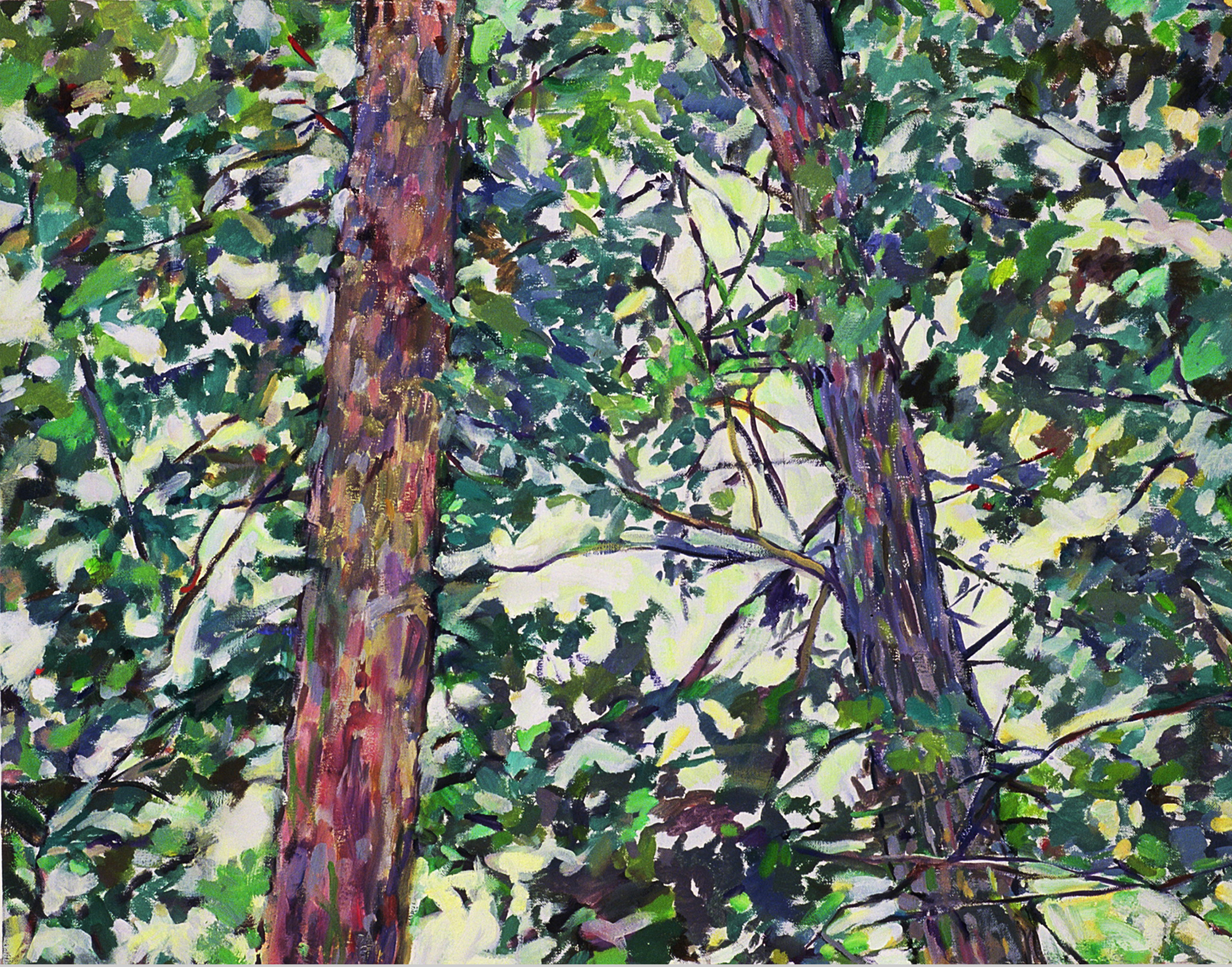 Brill returned to live in Ithaca from 2007 to 2015. "I found myself in a period where I was looking at landscapes and painting trees," she says. While in Ithaca, Brill was involved with the local arts community, showing her work at various spaces, and was a member of the State of the Art Gallery. She had two residencies at the Vermont Studio Center. Now having relocated to Philadelphia, she had a solo show at the Philadelphia Sketch Club in 2020.

Over the past 15 years, Brill has spent several months a year in Rome, always returning to La Porta Blu studio, which has influenced her work on paper to become larger and differently expressionistic. Whether in Italy or the U.S., she continues to paint and draw every day. 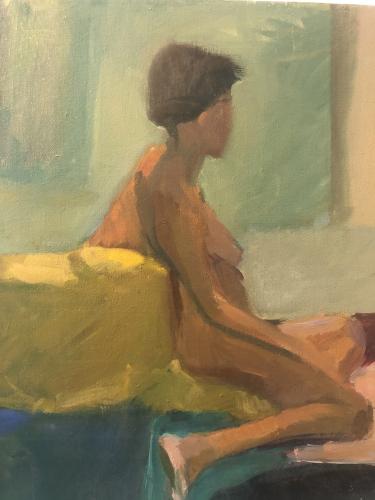 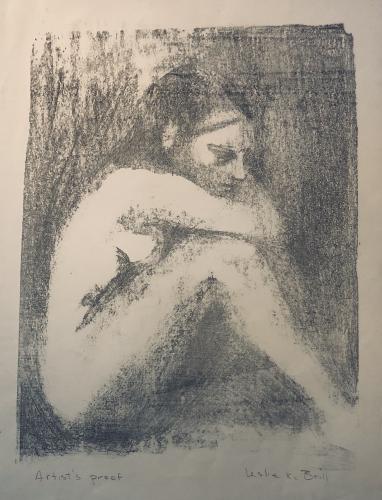 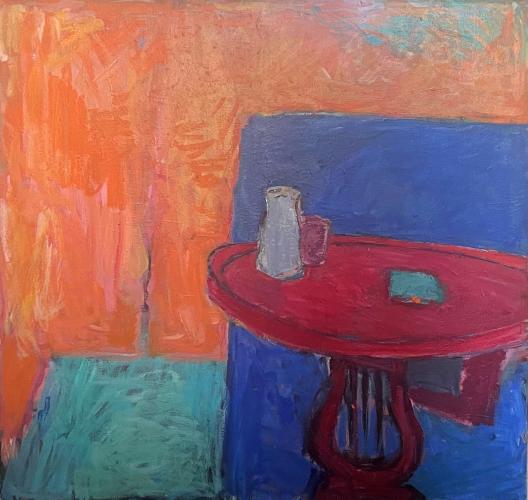 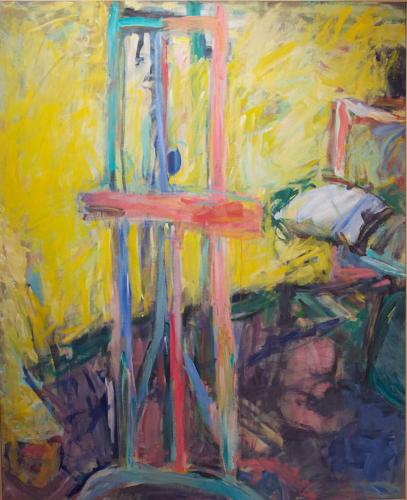 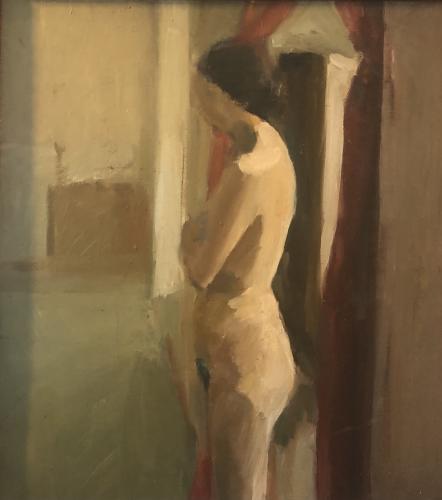 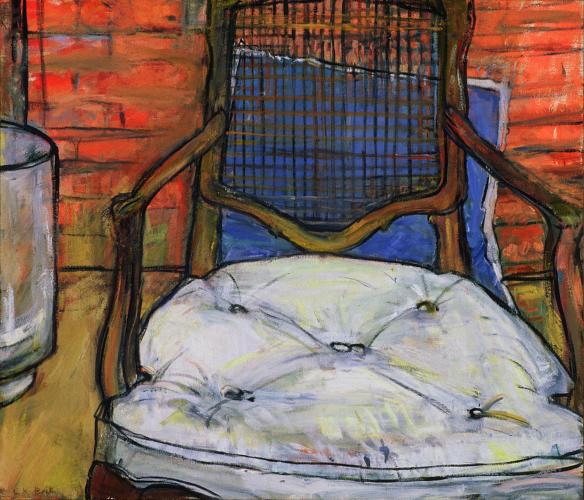 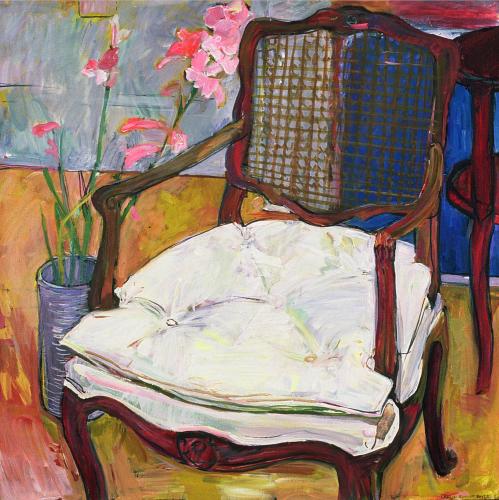 A Good Painting Should Be as
Comfortable as a Chair
(1997) 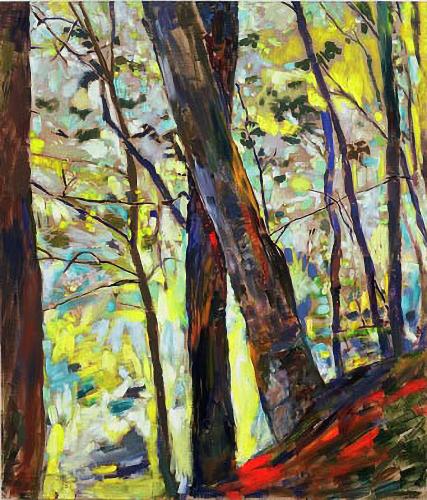 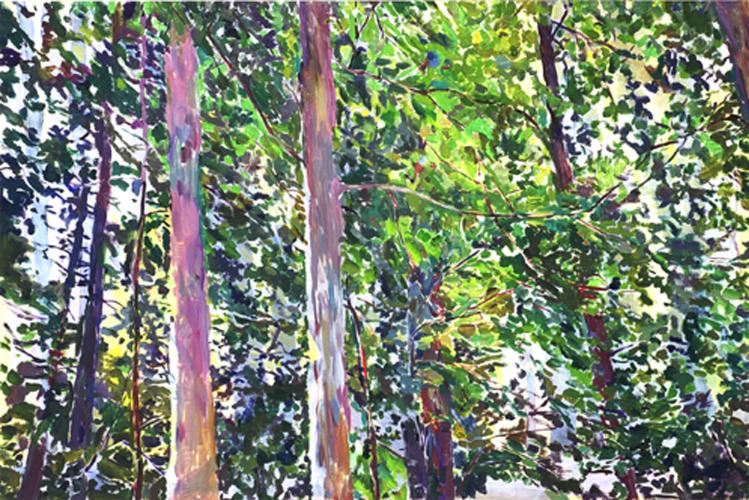 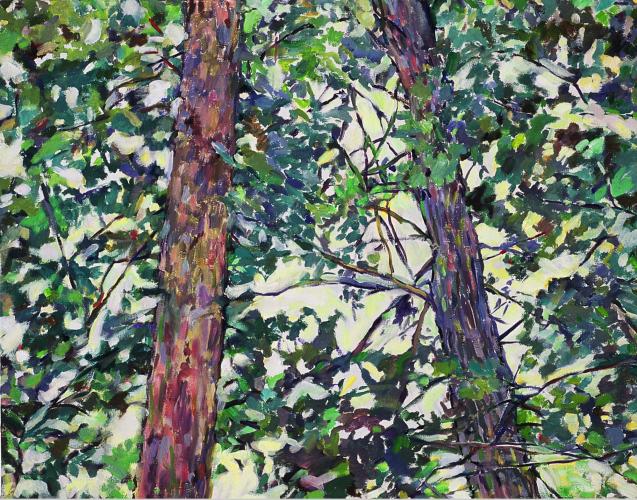 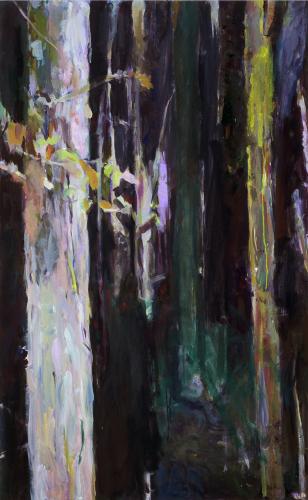 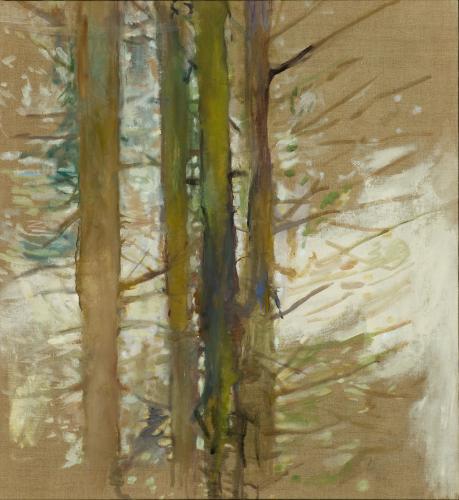 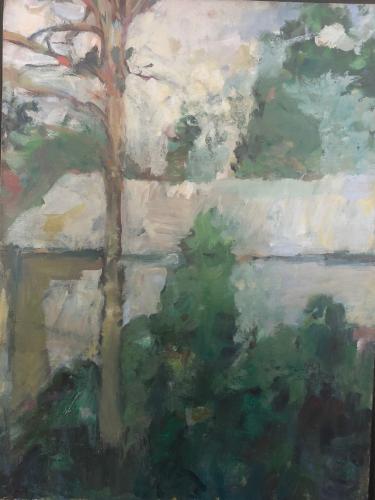 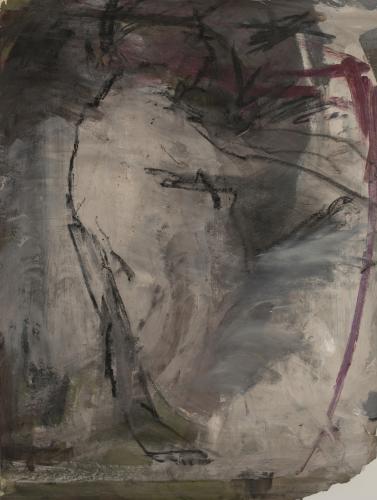 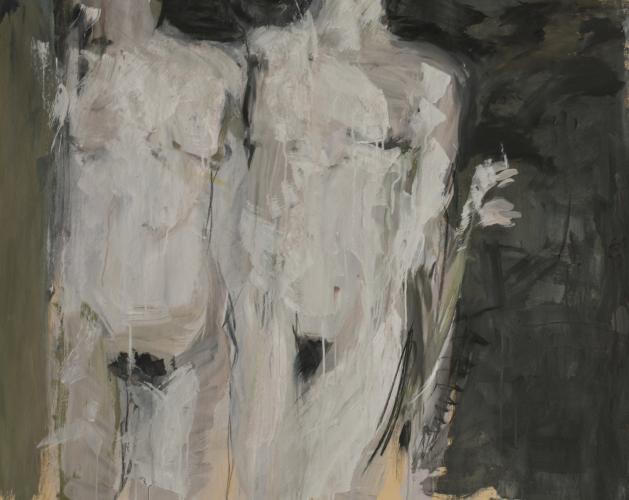 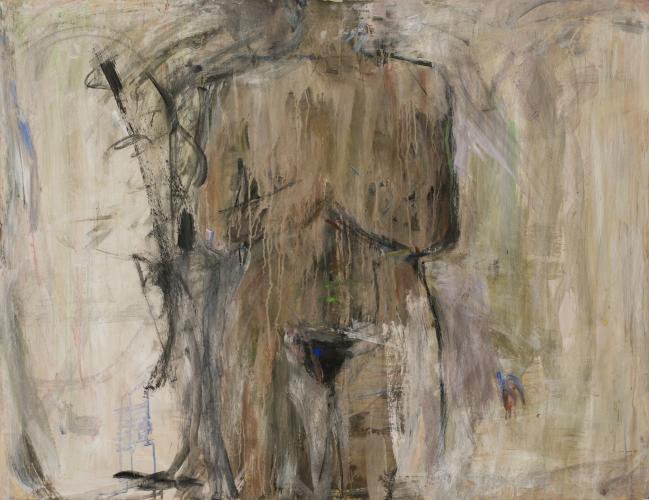 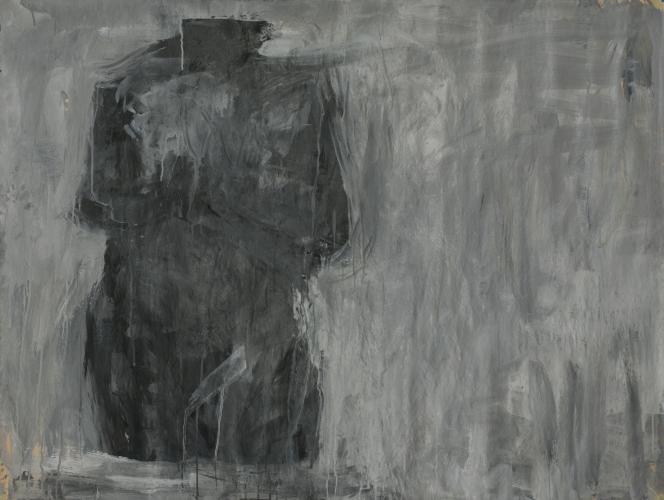 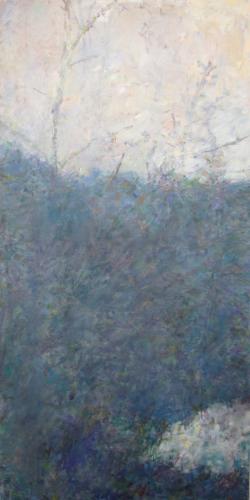 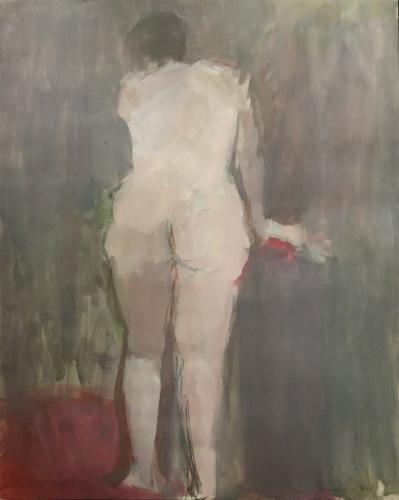